It's been nearly a year since our boys were all given BB guns. This was bound to happen eventually. 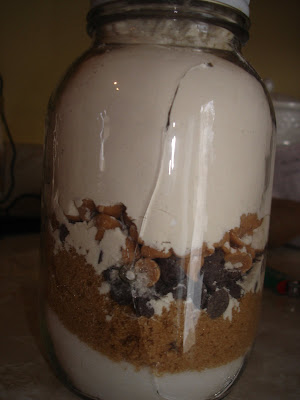 We had just returned home from a fun day of field trips when Noah decided to show Gloria how to shoot a BB gun. I was barely paying attention- I heard him explaining how to aim, then-CRACK! At least he remembered to aim it in a safe direction- the only casualty was our geology lesson/cookie jar (I love homeschooling!)

Noah was stunned that the gun fired. He operates under the "Never leave a gun loaded" rule. That works well for him, but it was his brother's gun. And Brother's rule is, "Always leave the gun loaded in case there's trouble. Leave the safety on so that it can't be accidentally fired."

I think we all learned a valuable lesson. And, ahem, Sonja, please disregard the conversation we had earlier this week about children and gun safety.
Posted by VoiceInTheWilderness at 2:08 PM 2 comments:

Posted by VoiceInTheWilderness at 9:41 PM No comments:

Saturday with the Winslows 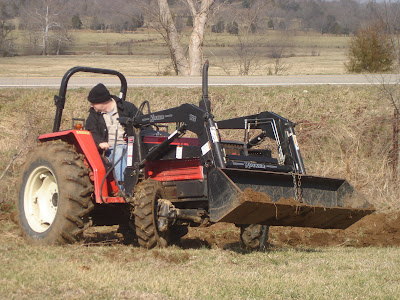 A friend from church let us borrow his tractor this weekend. Nothing says "I love you" like a plowed garden plot. 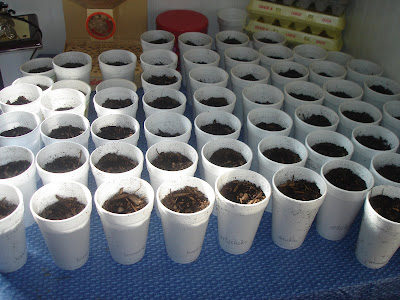 Or 100 seeds planted in styrofoam cups. 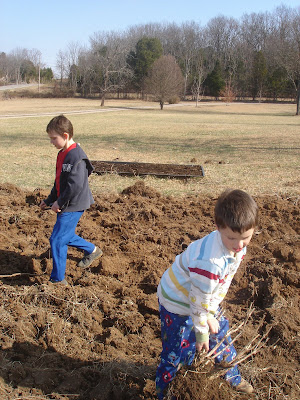 The garden helpers still in their jammies, with added layers for warmth!
Posted by VoiceInTheWilderness at 8:26 AM 1 comment:

I think it is funny how many people laugh at Peter Schiff in this video. You can see who laughs last.

Here is another funny video....they didn't even read the bill:

Posted by VoiceInTheWilderness at 9:59 PM No comments:

While on my way to prepare breakfast for the man of the house, I passed a window. Much to my surprise, I saw this little gal. 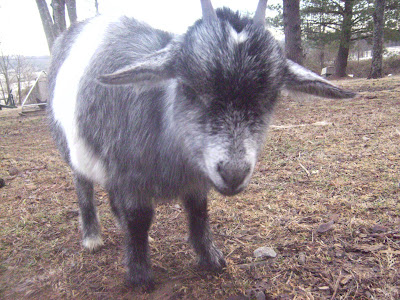 I went outside to have a better look, and found that she was quite a docile creature. So docile that I wondered if she were sick. She didn't want to walk with me, so I picked the little thing up and carried her around to the back, where the hubby joined me. We decided to tie her up and try to find who she belonged to. Then we heard the honking of horns, and found this lovely group of visitors running down the middle of the road and heading up our driveway. 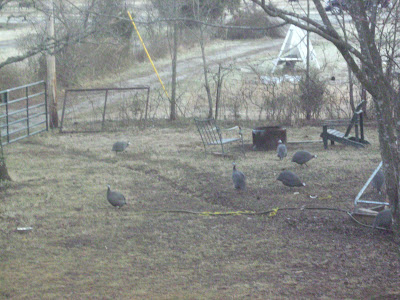 The goat only stayed for a little while... her owner picked her up by 8:30. The guineas stayed on a little longer, but they are always welcome here. I love what they do!

What fun to live in the boonies!
Posted by VoiceInTheWilderness at 12:36 PM 2 comments: